“Rebel Rebel” is a song by David Bowie, released in 1974 as a single from the album Diamond Dogs. Cited as his most-covered track, it has been described as being effectively Bowie’s farewell to the glam rock movement that he had helped pioneer, as well as being a proto-punk track. 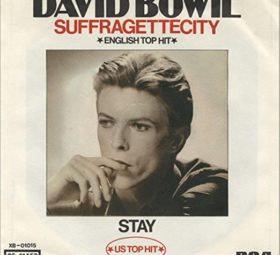