“Let’s Dance” is the title-track from English singer David Bowie’s 1983 album of the same name. It was also released as the first single from that album in 1983 and went on to become one of his biggest-selling tracks. Stevie Ray Vaughan played the guitar solo at the end of the song.

The single was one of Bowie’s fastest selling, entering the UK Singles Chart at No. 5 on its first week of release, staying at the top of the charts for three weeks. Soon afterwards, the single topped the Billboard Hot 100, becoming Bowie’s second and last single to reach number-one in the U.S. In Oceania, it narrowly missed topping the Australian charts, peaking at No. 2, but peaked at number-one for 4 consecutive weeks in New Zealand. The single became one of the best selling of the year across North America, Central Europe and Oceania. 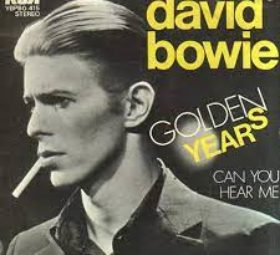