You Should Be Dancing

“You Should Be Dancing” is a song by the Bee Gees, from the album Children of the World, released in 1976. It hit No. 1 for one week on the American Billboard Hot 100, No. 1 for seven weeks on the US Hot Dance Club Play chart, and in September the same year, reached No. 5 on the UK Singles Chart. The song also peaked at No. 4 on the Billboard Soul chart. It was this song that first launched the Bee Gees into disco. It was also the only track from the group to top the dance chart. 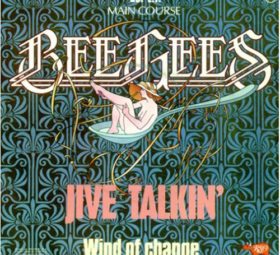