“The Groove Line” is a 1978 single by the British-based funk-disco group Heatwave. It was written by Rod Temperton. It was included on Heatwave’s second album, Central Heating. The song became one of the best-known disco songs by a British group and charted at #12 in the UK Singles Chart and #7 in the Billboard Hot 100. It also appeared on U.S. Billboard R&B at #3. 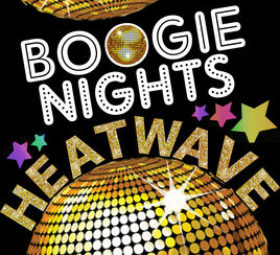