It is considered one of the band’s signature songs. It is one of the shortest titles to hit #1, and is the first alphabetically in a list of #1 hits on the Billboard Hot 100.

50 Cent told NME that the song was the first he remembered hearing: “I’ve always loved MJ, so I guess it was probably a good place to start music: right here, with the ABCs.” On 27 November 2016, the Grammy Hall of Fame announced its induction, along with that of another 24 songs. 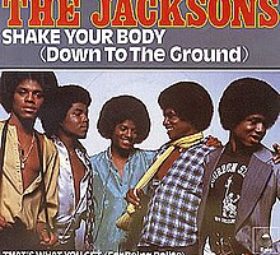 Jackson 5SHAKE YOUR BODY DOWN TO THE GROUND